The issue of homosexuality is probably one of the more heated social issues facing the contemporary Church.  Among different denominations (and even within single denominations) the issue divides on a scale from peaceful disagreement to violent hatred.  Perhaps the most visible and widely despised of these positions is illustrated by the antics of the Topeka, Kansas-based Westboro Baptist Church and their signature slogan: ‘God Hates Fags’. 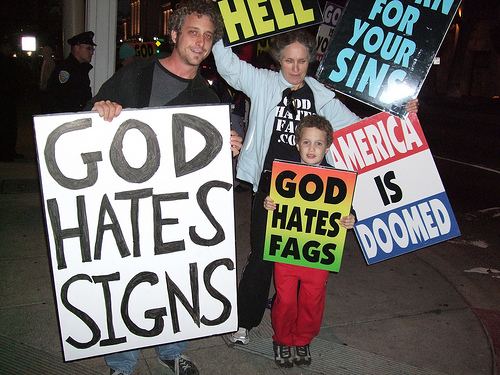 Needless to say, this is a MASSIVE conversation in the Church and society at-large.  Unfortunately the debate within the Church—the topic of this post—frequently results in an ever-divergent hatred for the opposition.  One view (we’ll call it ‘Perspective I’ to avoid confusing, overused and unhelpful ‘conservative’ vs. ‘liberal’ labels) essentially believes that the Church and the Scripture attest to the opposition of homosexuality in the kingdom of God.  In this view God has designed sexual relationships to take place in a particular way – in other words, heterosexually.  This is often supported with social and psychological analyses of homosexuality in Western culture.  The ‘slippery slope’ is often appealed to here, concerning the possibility in a culture that grows more accepting of public homosexuality.  An example of how this view sees homosexuality adversely affecting the Church follows: homosexual marriage is made fully legal, churches will lose tax-exempt benefits for teaching portions of Scripture that seem to attest to the prohibition of homosexuality in the kingdom of God and ultimately conservative priests will be prosecuted and imprisoned for merely teaching what the Church has generally held to for nearly two-thousand years.

Another view (which we’ll call ‘Perspective II’) essentially believes that the Church is mistaken and that the Scripture is not explicitly clear regarding homosexuality, oftentimes appealing to socio-historical evidence for the manner in which homosexuality was practised in the Scripture’s first-century-Roman context.  In this view homosexuality is not generally considered a choice, but a specific sexual orientation that defines a significant part of what makes an individual an individual.

There are numerous positions around and about these two views (including two views based upon the assumption that homosexuality is natural – one view holding that homosexuals are called to celibacy in the kingdom of God while the other holds that homosexuality is natural and should be openly embraced in the kingdom of God) and it is would be impossible to explore them all, but I believe we’ve got a moderate sample of the two major ‘sides’ of this argument within the Church in Perspectives I and II.

One interesting thing I feel the need to point out is the general historical oppression of homosexuals in Western society.  Even today, with the elimination of laws prohibiting homosexual practise in Western countries (though these are still quite present in many nations today), massive stigmas and stereotypes are used to oppress homosexuals.  In my experience I have heard many-a-Christian rants on how homosexuality has ‘infiltrated our culture’ and is being used to ‘pervert our youth’.  I don’t know how fair that assessment is, but I am generally sceptical of such sweeping statements regarding a group of people who by and large don’t even have the legal right to marry in the vast majority of American states.  Homophobia is rampant and this (like other forms of xenophobia) oftentimes leads to very aggressive mistreatment of homosexuals.  Even the recent claim by Cardinal Bertone that homosexuality was to blame for the Catholic abuse scandals ignored the fact that many of the abused were in fact females (and also that the large number of males abused might be a result of the general pairing of girls with nuns and boys with priests) in exchange for trying to oppressively pin the failure of the Church on a whole people group.

My honest opinion is quite open in general, although my tendency is to lean toward Perspective II.  Whilst I hold Church tradition in high esteem, the Church has certainly been wrong in the past with numerous issues and our trusty Nicene Creed makes no mention whatsoever concerning the nature of sexual relationships in the kingdom of God.  For now I merely want to pose two brief lines of questioning to the two main camps on either side of the issue of homosexuality.  These questions are not meant to pull the rug out from either side, but to promote a more compassionate and gracious way of thinking about the debate.  I do not necessarily agree with each one of these questions on either side, but they seem to be valuable things to address.

I have many thoughts on these issues, but I’ll cease my questions and open up the discussion.  What I hope and pray for in this conversation is mutual respect and beyond everything else, love and compassion.  Profound love is what ought to characterise the words, thoughts and actions of a member of the kingdom of God who has been profoundly confronted by the immense grace and love of God as demonstrated in the life, death and Resurrection of Christ and the advent of his holy and inviting Church.

There are many good thoughts and perspectives on either side of this debate.  Please share your input, but take care to use gracious language and to neither demonise nor dehumanise the opposing perspective or your comment may be deleted.  I am not demanding that everyone shares my views or that no one holds firmly to his/her own view—I encourage you to share your convictions with a loving and gracious passion. 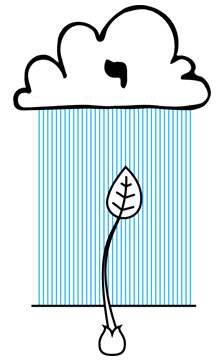 We believe in one God, the Father All Governing, creator of heaven and earth, of all things visible and invisible;

And in one Lord Jesus Christ, the only-begotten Son of God, begotten from the Father before all time, Light from Light, true God from true God, begotten not created, of the same essence as the Father, through Whom all things came into being, Who for us [humans] and because of our salvation came down from heaven, and was incarnate by the Holy Spirit and the Virgin Mary and became human.   He was crucified for us under Pontius Pilate, and suffered and was buried, and rose on the third day, according to the Scriptures, and ascended to heaven, and sits on the right hand of the Father, and will come again with glory to judge the living and dead.  His Kingdom shall have no end.

And in the Holy Spirit, the Lord and life-giver, Who proceeds from the Father, Who is worshiped and glorified together with the Father and Son, Who spoke through the prophets; and in one, holy, catholic and apostolic Church.  We confess on baptism for the remission of sins.  We look forward to the resurrection of the dead and the life of the world to come.  Amen.

Read more of Imaging the Kingdom. 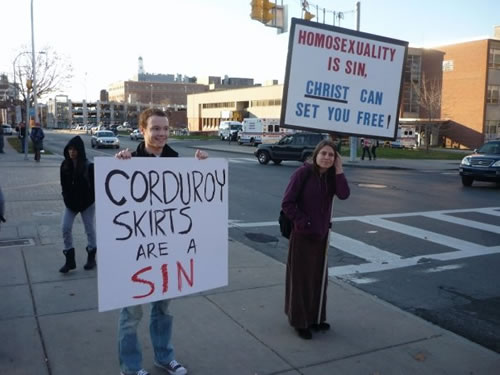 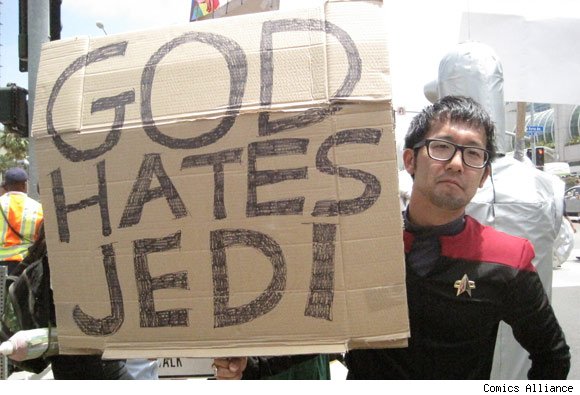