Is America a force for good in the world? Many people would respond positively, convinced of some strange belief called ‘American exceptionalism’, and would top it off with a resounding ‘God bless America!’ But on the other end of the spectrum we find many who would respond with disgust, as if such a question was not worthy of a response at all. Perhaps both of these responses are true.  In an interview on the Dick Cavett Show in 1970, Orson Welles argued,

I think one thing that is generally true, the one generalisation that is true about America is that everything is true about it. It’s impossible to say anything that isn’t true, good or bad. Our enemies are right, our friends are right. It’s an awful big country [with] an awful lot of different kinds of people in it.

I think there’s a lot of truth in that statement. From my perspective, an expatriated American of Scottish extraction, I can’t bring myself to side with either one of the two  extremist responses above. The disestablishmentarian in me would readily scoff at the first answer when looking at the actions of ‘America’ throughout its short history. ‘Manifest Destiny’; CIA plots to interfere with South American politics in order to stop the spread of COMMUNISM(!); capitalistic exploitation in America and in third world countries; the ill-informed invasion of Iraq in 2003; all those boy bands from the 90s – America isn’t a wholly good nation. But then again, such a thing doesn’t exist. All this is not to say that America has done exclusively ‘bad’ things with this power. Throughout history America’s government—however manipulated by an insecure worldview—has acted in self-interest. Sometimes America’s self-interest is beneficial for the rest of the world and sometimes it isn’t.

When I left America for Scotland I was told by a Northern Irish friend that I would probably find myself defending my the States more than I expected. But to be honest, I never had an entirely bleak outlook on America in the first place. At different points I toyed with expatriation as a self-righteous act of political protest, but if anyone wants to lump America together as a homogeneous society of nit-wits I will try my best to convince them that this cannot truly be said of any nation. America, with more than 300 million citizens who for the most part find their origins in faraway countries, is an incredibly diverse and dynamic nation. But as it stands, and while this is not unique to America, many Americans (me included) and American governments have been guilty of making this world a poorer place in many inventive ways.

But America is also a beautiful nation full of beautiful people. This as well is not unique to America. Even so, growing up in and around Los Angeles has shaped who I am in many ways and I wouldn’t change that fact even if I could. And while I profess a love for Scotland, inevitably, it shares many of America’s flaws. I simply can’t escape what is broken with the world because I can’t escape the world. All any of us can do is aim to repair what is broken and spread what is good. But at this point we must ask the question, what is good?

Regarding America, and in celebration of the Fourth of July, when Americans commemorate the signing of the Declaration of Independence in 1776 (according to Thomas Jefferson, Benjamin Franklin, and John Adams), I will now point out two things that I think are exemplary of the good: American music and baseball.

Let me make clear that these two things are not free of their own flaws. For instance, in addition to the 90s boy bands I mentioned earlier, America is also responsible for Journey and a host of other terrible artists. Of course this is a matter of taste, and while some poor folk might think that Elvis Presley and Bob Dylan are passé, their music had and continues to have a profound impact on culture around the world. It is important to be  reminded of the words of Donne, ‘No man is an island’, and the two owe a great deal to a rich and fertile musical heritage borne from countless sources, such as the Negro spiritual. But it can be argued that, among many others, the highly influential genres of ragtime, jazz, country, rock and roll, soul, hip-hop, and grunge were all founded in the US of A. And of course there’s the broad Americana genre. Perhaps these developments can be attributed to the rapid economic growth of America throughout its short history, mixed with the continual convergence of various world cultures, all taking place alongside the development of music recording and transmission throughout the 20th century.

In more recent years we’ve seen the rise of significant American musicians like Lou Barlow, Jeff Buckley, Botch, Converge, Fugazi, Grandaddy, Aimee Mann, Neutral Milk Hotel, Nirvana, Pixies, R.E.M., Tupac Shakur, Daniel Smith, Elliott Smith, Sonic Youth, Sunny Day Real Estate, The White Stripes, Yo La Tengo, and yet more recent artists like Animal Collective, Deerhunter, Explosions in the Sky, Fleet Foxes, Grizzly Bear, Cass McCombs, and Frightened Rab…nevermind that last one.  Of course there are many more artists that should be included in this list (I merely picked some of my favourites), but that only goes to show how important American music has been in the last century. In Sufjan Stevens alone we can see a massive and ambitious output of constant reinterpretation and innovation.

Now onto the second good thing I want to affirm about America, which probably came as no surprise to seasoned LITC readers. Baseball may not enjoy the global fame of association football, but I happen to think it is the greatest sport to ever grace the face of the earth (though football’s soccer’s not far behind – apologies to cricket, rugby, golf, etc.). I’ve professed my undying love for baseball through blog posts on several different occasions. And despite the inevitable corruption that plagues the sport (greed, performance-enhancing drugs, marital infidelity, bench-clearing brawls, etc.), there’s a magic and heart to baseball that is truly good.

In the classic 1989 film Field of Dreams, the character Terrance Mann (James Earl Jones) is trying to convince the main character, Ray Kinsella (Kevin Costner), to embrace his dream, a vision he had of a baseball field on his farm in Iowa. Because Ray has cleared land for this baseball field and has invested money into its development (outfitted with stadium lights and all), he is losing money rapidly and in this particular scene his brother-in-law is trying to convince him to sell the farm and leave his dream behind. Mann responds,

Ray, people will come Ray. They’ll come to Iowa for reasons they can’t even fathom. They’ll turn up your driveway not knowing for sure why they’re doing it. They’ll arrive at your door as innocent as children, longing for the past. Of course, we won’t mind if you look around, you’ll say. It’s only $20 per person. They’ll pass over the money without even thinking about it: for it is money they have and peace they lack…

And they’ll walk out to the bleachers; sit in shirtsleeves on a perfect afternoon. They’ll find they have reserved seats somewhere along one of the baselines, where they sat when they were children and cheered their heroes. And they’ll watch the game and it’ll be as if they dipped themselves in magic waters. The memories will be so thick they’ll have to brush them away from their faces…

The one constant through all the years, Ray, has been baseball. America has rolled by like an army of steamrollers. It has been erased like a blackboard, rebuilt and erased again. But baseball has marked the time. This field, this game: it’s a part of our past, Ray. It reminds of us of all that once was good and it could be again. Oh, people will come Ray. People will most definitely come.

There’s much more going on at the core of the film, but I won’t spoil it – you should watch the film. What I want to point out is this sentiment expressed so sweetly through James Earl Jones’ transcendent voice. Throughout many wars and economic depressions baseball has remained because it is a special vessel of goodness. I suppose that’s part of why I love the Tigers so much – they represent this beacon of goodness (among many other great beacons of goodness in Detroit) in the midst of a suffering place.

So this is to you, America! And while I’m not too keen on the cult of the American flag, here’s Ol’ Glory, which stands as a mere symbol for the hopes and dreams—noble and ignoble—of millions of people throughout the last 235 years and in the present. May God bless America, but more importantly, may God continue to bless this struggling world. 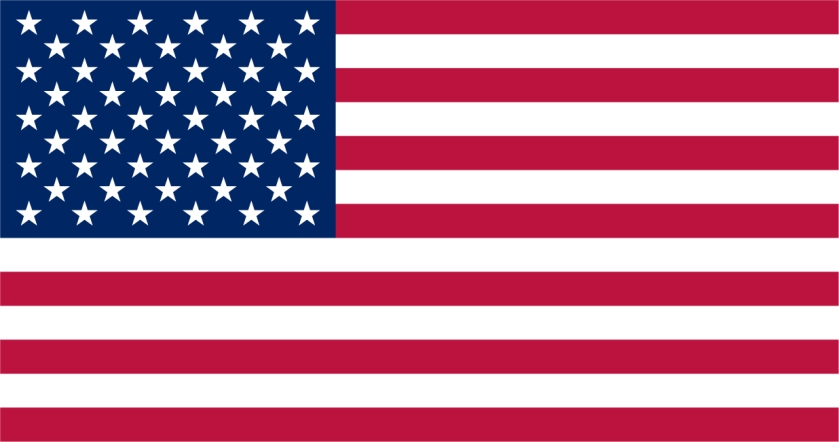