When we first launched Lost in the Cloud in 2010, we were on a roll from our previous blog, hoping to take LITC into different territory. One thing we carried over from our previous blog was our love for lists, especially music lists. We began Lost in the Cloud with productive intentions, but life, as it can so often do, got in the way of our keeping up with the blog.

For the first six years, we were diligent in posting the lists of our favourite albums of the year, complete with short descriptions of each. In those last couple of dwindling years, our ‘Best Albums’ lists were becoming the only new material we were producing for the blog. In time, even that dropped off of our list of priorities and Lost in the Cloud went quiet.

This year, we have decided to revisit our ‘Best Albums’ lists and to even elaborate on our whole ‘Best Albums’ corpus by travelling all the way back to the prehistoric year that was 2000. This post is part one of two. With hindsight and in living with particular albums for longer, we have compiled lists of our ten favourite albums for each year from 2000-2019. Perhaps these lists will be of some interest for those who wish to walk down Memory Lane, or indeed, for those who might wonder if any of these [subjective] gems passed them by (as we have discovered from comparing our respective lists). Whatever you—dear reader—might glean from our produce, we are grateful for the opportunity to indulge in our list-making and music-listening passions here.

Music has been very close to my heart since I took up violin and heard Weezer’s first record both at age 8.  And my list–making obsession dates back just as far.  In this post (which may become a series if Greg wouldn’t mind sharing his 2001 ‘Time Capsule’), I’d like to reflect upon some of the music I loved according to a list from 2001, embarrassing admissions and all.

The Beta Band’s Hot Shots II, Bonnie ‘Prince’ Billy’s Ease Down the Road, Andrew Bird’s The Swimming Hour, Björk’s Vespertine, Bob Dylan’s “Love and Theft”, Fugazi’s The Argument, Lift to Experience’s The Texas-Jerusalem Crossroads, Mogwai’s Rock Music, Pinback’s Blue Screen Life, Spiritualized’s Let It Come Down and Spoon’s Girls Can Tell are just some of the many great records released in 2001 that I was completely unaware of at the time.  I will say that I frankly disliked The Strokes, Modest Mouse and the Yeah Yeah Yeahs at the time and I still wouldn’t consider myself a fan.  Sorry.

Alien Ant Farm ANThology — Since I’m listing these in alphabetical order, I suppose it’s good that I can get the most pathetic pick out of the way immediately.  Fourteen was a fortunate age for me: I had outgrown Blink-182’s Enema of the State and Incubus’ Make Yourself, and had not yet given myself entirely over to ‘screamo’ (let alone ‘Christian screamo’).  But I was unable to escape a love for Alien Ant Farm.  This record made sense to me at age fourteen for the following reasons:

Despite all of these excellent reasons, I do not listen to them now.

Converge Jane Doe — 2001 had its lows, but it also had its highs!  Converge’s Jane Doe represents one of the highest of the highs.  This record revolutionised music for me and remains one of my absolute favourite albums.

Perhaps I found Jane Doe so palatable as a result of conditioning via hardcore and metal bands I was already listening to such as Black Flag, Minor Threat, Black Sabbath, Iron Maiden and Slayer listener.  Along with being my gateway to Converge (who is among my Top 20 Bands), Jane Doe spurned my interest in many other great metal/metalcore acts such as Botch, Coalesce, Curl Up & Die, Unearth, Cave In and Daughters.  Do I listen to them now?  Yes.

The Hives Veni Vidi Vicious — ‘Hate to Say I Told You So’ was the first Hives song I ever heard.  It’s simplicity and raw energy enlivened my spirit.  Upon further inspection I discovered Veni Vidi Vicious, as well as The Hives’ previous record, Barely Legal.

The Hives were able to channel something primal about rock-and-roll while giving us something accessible and new, and they did it with exquisite pomp and style, complete with matching wardrobes and an excellent stage presence.  Their 2004 record Tyrannosaurus Hives demonstrated a great progression, and while 2007’s The Black and While Album proved less strong, it is still a highly enjoyable record.  Do I listen to them now?  Yes.

Jimmy Eat World Bleed American — ‘Bleed American’ was the first track I heard from this record, and after purchasing the record I found every track to be incredibly enjoyable (especially ‘Sweetness’ and it’s quiet/loud alternation).

After this record (and after seeing the band open for Weezer that year) I developed a great appreciation for their previous records: Jimmy Eat World (1994), Static Prevails (1996) and Clarity (1999).  But alas, by the time of their 2004 release, Futures, I had lost interest.  Do I listen to them now?  No.

Ozma Rock and Roll Part Three — On the coattails of Weezer I happened upon Ozma, a band named after L. Frank Baum’s Princess Ozma from his children’s fantasy novels.  Ozma captialised on Weezer’s pioneering geek-rock style and added some Casio, musical complexity and yet-more-wicked guitar licks (compare Rock and Roll with Weezer’s self-titled record from the same year [also known as The Green Album] and you’ll hear a striking difference).

They have since retained a special place in my heart due to their persistence as a pop-rock goldmine with the release of The Double Donkey Disc (2001/2002), Spending Time on the Borderline (2003) and (after a brief hiatus) Pasadena (2007).  Do I listen to them now?  Yes. 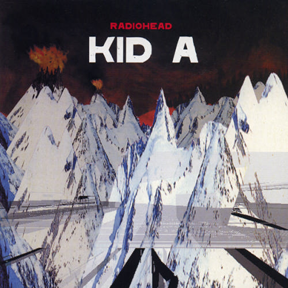 Radiohead Kid A/Amnesiac — For everyone who reached adolescence in the late 90s, ‘Karma Police’ from 1997’s OK Computer was the pinnacle of song, yet Kid A somehow managed to blow that all out of the water.  I remember when I first heard ‘Optimistic’ on the radio, which compelled me to buy the record.

I had no idea what I was in store for, considering ‘Optimistic’ would prove to be one of the weaker (though still incredible) tracks on the record.  Radiohead’s production had become more complex and experimental and Kid A would come to completely change the way I appreciate, experience and create music from thereon out.  This record is still a frequent listen and certainly one of my all-time favourites. 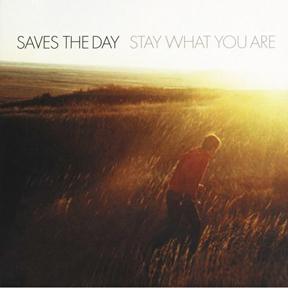 Saves the Day’s previous record, Through Being Cool, appealed to my emo and pop-punk tendencies, so it seemed like a good idea to investigate their new record.  Upon my first listen I wasn’t very pleased with half of the record, but over time it grew on me and became one of my high school favourites.  Their follow-up to Stay What You Are, In Reverie, proved to be more poppy less ambitious and I began to fall out of love with the band before their return to a more pop-punk sound.  Do I listen to them now?  Occasionally.

Thrice Identity Crisis — Unlike many other albums on this list (the only exceptions being the Converge and Ozma records), I did not learn about Identity Crisis from the radio.  In 2001 Thrice was still very much a local act, and fortunately for me, some of my friends had recently seen Thrice in concert.  I was told that they were ‘melodic hardcore’, and when I purchased this record I fell deeply in love with their music.

My love for Thrice was only intensified with the 2002 release of Illusion of Safety, which I considered a massive step forward for the band.  Unfortunately it was only a matter of time before Thrice would gain radio play, and in 2003 they released The Artist in the Ambulance and my heart was broken upon hearing the single ‘All That’s Left’ on a popular radio station.  Thrice had lost their edge and sounded like a dull rock band (though I want to take care not to lower them to the ranks of acts like Nickelback).  After Illusion of Safety I never bought another Thrice record and have had a difficult time ‘getting into’ their latest records.  While Identity Crisis was groundbreaking to me at the time (and along with Illusion of Safety has a few tracks that I still consider quite good), I no longer consider myself a fan and I do not recall the last time I was hankerin’ for a listen.

Thursday Full Collapse — Ah Full Collapse…thus began my high school interest in ‘screamo’.  What could be better than combining the genres of hardcore and emo?  Well, many things, and while I was an avid listener to ‘cultured’ bands like Radiohead, screamo occupied another place in my heart and mind.  Thursday was at the top of the screamo food chain, and there was certainly something special to me about hearing the screams from ‘Cross Out the Eyes’ playing on MTV in the morning before school.

My fascination with Thursday and screamo didn’t end at Full Collapse.  It wasn’t until some point between 2003’s War All the Time (which I loved) and 2006’s A City by the Light Divided (which I had no interest in) that the genre had totally dropped out of my listening queue.  Do I listen to them now?  No.

The White Stripes White Blood Cells — I recall hearing the track ‘Hello Operator’ from the White Stripes album De Stijl at some point in 2000, but it wasn’t until I heard ‘Fell in Love with a Girl’ that I felt this great compulsion to buy a White Stripes record.

White Blood Cells proved to be an excellent investment, with all of its garage-rock-revival sloppiness (and what Meg White lacked in percussive skill she made up for in keeping time).  Every record they produced (as they have officially announced their breakup this year) contained a bit of this genius, the sort of quality that can give us hope in the future of popular music.  Do I listen to them now?  Yes.

I stand by 60% of these albums now – I wonder whether that is a good or bad sign.

What were your favourite bands/albums in 2001?  How have they fared a decade later?